Chocolate, Almonds and Hazelnuts Cake: Nuts for this one! 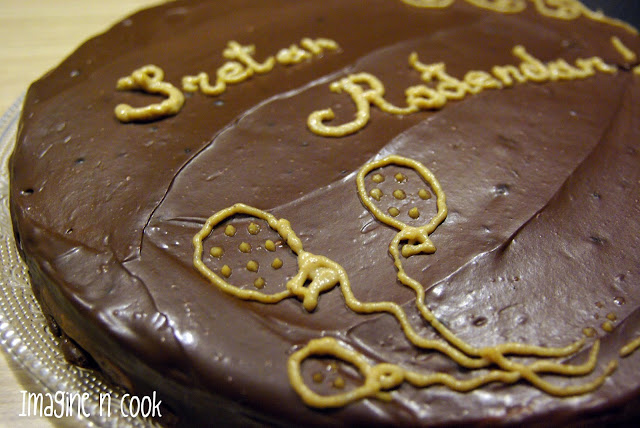 In the last two years I made quite a number of different birthday cakes, over 30 of them, with all kinds of ingredients and recipes. Among all of them there was one that topped them all, gone before i could turn around :). The cake came out as a derivation from the middle layer of the Aikido Birthday Cake, which was the most praised layer in that project, and was meant for Sensei's birthday. It might not be the easiest and fastest I've done, but was for sure worth it! Try it out and let me know how long it was on the plate (^.^).

The pastry is rather easy, made out of nuts and egg whites, while the cream are blend of vanilla or chocolate, nuts and creamy yogurt for a special aroma.

If I inspired you to create smth on your own, feel free to send your pictures, and I will show them in my blog :)
You can use this email: imaginencook(a)gmail.com

Where i get ideas from...